ONF About the author

We are delighted to announce the results of the recent 2021 P4 Elections. JK Lee (Intel), Noa Zilberman (Oxford University), and Steffen Smolka (Google) have been elected to 2-year terms on the P4 Technical Steering Team (TST).

We also would like to extend a warm thank you to outgoing TST members Nate Foster, Amin Vahdat, and Stefan Heule. Your hard work and dedication is greatly appreciated! Nate and Amin will remain on the P4 Advisory Board.

About our New P4 TST Members 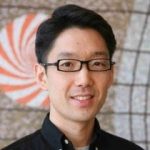 JK has been working on P4 since 2015 as the founding member of the P4 Advanced Applications team at Barefoot. He developed INT (In-band Network Telemetry), change detector, and reporting mechanism in Barefoot switch.p4, and contributed its early version to p4lang switch.p4. He also developed P4-based system appliances (L4 Load-Balancer, Network Tester) and deployed them with customers and partners (e.g., KeySight IXIA). With collaborators, he has shared the work with the P4/research community: 3 P4 Workshop talks, 6 papers at SIGCOMM/NSDI/etc., along with a large number of US patents.

JK launched and co-chaired the P4 Applications Working Group where he published specs of INT and Telemetry Report mechanisms with the community members, which has since been implemented in various HW/SW products and inspired the industry to produce variants in silicones and IETF.

JK’s goals for the 2021 P4 TST include creating a channel where the ever-increasing demand to extend the scope of P4 to support new applications (possibly outside of traditional network applications) can be easily discussed, formalized, and translated into concrete and vetted requirements for the P4 Core: Language/Arch/API working groups. 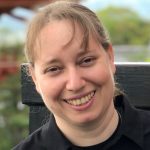 Noa is an Associate Professor at the Department of Engineering Science, University of Oxford. Previously, she was a Fellow and an Affiliated Lecturer at the University of Cambridge. Before moving to academia, Noa spent close to 15 years in the industry, last as a chip architect and a hardware department manager at Broadcom.

Noa has been engaged with the P4 community since 2015, including co-chairing the P4 Education Workgroup since 2018. She has contributed to the development of several open-source P4 hardware targets, including P4->NetFPGA and P4Pi. Noa’s current research is exploring multiple P4 related challenges, such as virtualization and validation of programmable data planes. Noa has contributed to a range of P4-based in-network computing applications, ranging from network services and monitoring to machine learning, and all her projects are open source.

As part of the Education workgroup, Noa has been driving community outreach efforts, including tutorials, hackathons, and EuroP4, the European P4 workshop. Earlier this year Noa received the 2021 P4 Community Distinguished Service Award.

Recently Noa has been working in the P4 Education workgroup on P4Pi: P4 on Raspberry Pi for Networking Education. Their goal is to make P4 accessible to students worldwide, as well as hobbyists. Noa believes that to sustain and extend the P4 project, more users and new contributors need to be engaged from all around the world. 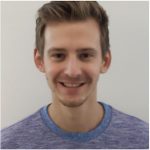 Steffen obtained a PhD from Cornell University in the area of Programming Languages. He now works in the NetInfra group at Google under Dan Lenovski and Amin Vahdat, where they leverage P4 to make switches and NICs more testable and more programmable. Additionally, the NetInfra group is working on building an open source, P4-based network stack called PINS.

Steffen is the author of p4-constraints, and has contributed to the design and implementation of various P4-based testing tools used at Google that are in the process of being open-sourced (p4-symbolic, p4-fuzzer, etc.). Steffen is also a co-chair of the P4 API Working Group and a regular attendant of the P4 Language Design Working Group.

As a member of the TST, Steffen would like to help ensure that the great work of the P4 community continues, and that there is a thriving ecosystem around the language.

The P4 Open Source Programming Language is governed by the Technical Steering Team, Chief Architect, Advisory Board, and the ONF Board of Directors. Governance of the P4 project fosters openness and technical meritocracy. ONF provides additional stewardship and engineering resources to host and support the P4 Project. Learn more about P4