In this community member profile, we would like to introduce Alan Wang, Software Engineer at Facebook, based in Menlo Park, California, USA. He is an active contributor in the Open Networking Foundation SD-RAN community. 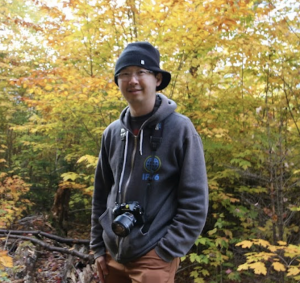 Alan has always been interested in the internet and the knowledge that it provides, and by necessity was hungry to learn about networking. Alan started at the bottom of the stack (no pun intended :-)), implementing custom semiconductors that could process and detect anomalies in the network-on-a-chip solution. At Facebook, his first job was to optimize and scale the network infrastructure, working on software load balancers. He is particularly proud of building and launching Facebook’s global DNS load balancer, which has allowed the company to scale from two data centers to many locations around the world they have today. Now at Facebook Connectivity, whose mission is to bring more people online, Alan has been building and scaling Wi-Fi and cellular networks, focusing on deployment, management, and instrumentation.

Alan earned his Masters in Computer Engineering degree from Carnegie Mellon University in Pittsburgh, Pennsylvania, USA. He has been involved in the SD-RAN community since 2020, working on getting the industry to move together, so that operators can build and scale their cellular networks.

Currently, Alan is working on bringing xApps from across the industry onto the ONF SD-RAN platform through standardized interfaces. It has been a challenge to find common ground among so many companies, but with ONF’s help they have been able to implement the various discussions and decisions into code. These common interfaces are just a part of the wider effort to help accelerate the adoption of 5G cellular systems through cooperation and interoperability.

“ONF has been a great partner,” says Alan. “When questions or challenges arise, ONF has been very responsive and knowledgeable to get to an answer or resolution. Change is constant and sometimes it results in errors, but ONF has always taken the time to discuss and provide a path forward. Every engineer I’ve worked with seems like an expert on the subject matter and is eager to offer assistance and share their knowledge,” he concludes.

When not working, Alan can be found bicycling, planning his next ride, or accessorizing his bike. To him, the bicycle represents freedom, and anytime he gets on a saddle, all the worries of life are on hold until he hops off.