In this community member profile, we would like to introduce Himani Chawla, a Senior Software Engineer at Ciena, based in Gurugram, Haryana, India. She is an active contributor in the Open Networking Foundation’s SEBA/VOLTHA community. 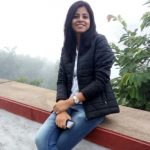 Himani has been working in the VOLTHA community for more than a year. She has made major contributions in voltha-core and open-onu adapter, mostly for alarm sync and notifications, pm counters, and the VOLTHA APIs. Presently she is working on general maintenance in voltha-core and adapters.

She earned her Master of Computer Applications degree from Banasthali Vidyapith University in India.

Himani has experience in golang, python scripting, kubernetes, C, yang, and netconf. She started her career in the telecom industry when she got assigned to work at Radisys India Pvt Ltd after graduation. After working for over four years at Radisys, she decided to relocate from Bangalore to her hometown, Gurugram, and joined Ciena. She started to work on VOLTHA as her first project at Ciena.

“It is great working with ONF team members,” says Himani. “It is my first open source project, so interacting with team members, discussing problems, and proposing solutions is quite interesting and leads to the best output. I’ve learned that timely code review is an important step that leads to code optimization at early stages.”

While not working, Himani likes to play badminton and cook. She has been playing badminton since middle school and never stopped. Whenever she has some time after work, she likes to do her workout routine to remain fit and healthy. She is married and lives with her husband.

ONF is excited to be exhibiting at Mobile World Congress this year along with our member sponsors Deutsche Telekom, Intel, Netsia and Radisys. Please stop by the ONF pavilion (Hall 1 Stand 1F66) an