In this community member profile, we would like to introduce Mahir Gunyel, Senior Technology Architect, and Serkant Uluderya, Engineering Manager, from Netsia. Both are  active contributors in the Open Networking Foundation’s SEBA/VOLTHA community. They are originally from Turkey and now reside in the Silicon Valley area in California.

Mahir and Serkant have been involved with ONF since 2015 when they started using and working on the ONOS and A-CORD projects while at Argela. About two years ago they both joined the SEBA/VOLTHA and COMAC communities. Currently they are working on the SEBA/VOLTHA project trying to find short and long term solutions to SEBA’s HA & Scalability problems and implementing performance improvements on VOLTHA.

Netsia has built an experienced team focusing on telecommunications, SDN, and DevOps working with ONF. Most of the team members contribute to the SEBA code base. Some of Mahir’s and Serkant’s best friends are also among their colleagues after working together for several years. 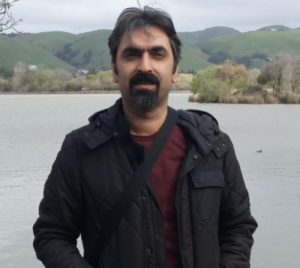 Mahir has been working in the telecommunications software business for over 20 years, holding positions in software engineering, software architecting, and management. He has worked with software development, testing, and deployment teams to deploy large-scale, distributed, high capacity telco products, especially in mobile operator networks. He also has significant experience in mobile network protocols and procedures. 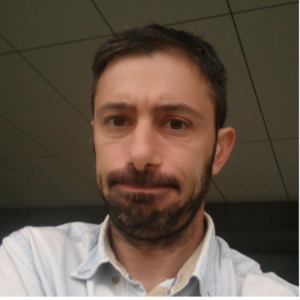 Serkant has worked on several large telecommunications projects including Turkey’s first national SDN/NFV deployment, customer experience management, and fixed-mobile convergence projects. His SDN journey started in 2015 when he learned about ONF and started using ONOS in one of his SDN projects. Serkant’s contributions on virtual switching and data plane development brought key knowledge to his company. He published a paper “Protecting SDN Controller with Per-Flow Buffering inside OpenFlow Switches” and applied for a patent “System and Method to Prevent Persistent Full Switch Queues in Software Defined Networks.”

When asked about working with ONF and the community, Serkant said “It’s a never-ending learning curve and I am glad to work with the other members of the community. I believe ONF’s community has many experienced members and they’re top engineers in their fields.” “I'm very glad to work with this community. I have met with very talented people and learned a lot, especially about new technologies, and development methodologies” added Mahir.

During their free time, both Mahir and Serkant spend time with their families and kids. Serkant has started to play chess again, learned to play pokemon and various other card and board games. He also enjoys snowboarding. Mahir spends time participating in his kids’ activities, including soccer, drums, and biking. When that’s all done, he reads books, watches TV, and works in the garden.

Back in Turkey, Serkant was a singer and guitarist in a band. He had long hair with piercings for a long time. Today he is still looking forward to joining a band here in Silicon Valley and growing back his long hair.

Today, ONF announced an update to our membership structure to simplify our operations. The ‘Collaborating Innovator’ and ‘Innovator’ tiers of membership are being combined into a single ‘