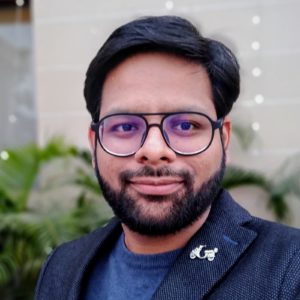 In this spotlight, we would like to introduce Hardik Windlass, Technology Lead at Infosys and a contributor in the Open NetworkingFoundation’s SEBA/VOLTHA community. Hardik recently moved from Chandigarh, India to Berlin, Germany to be co-located with Deutsche Telekom (DT) and ONF European Cluster offices. You can find more details in his LinkedIn profile.

Hardik started to work in the SEBA/VOLTHA community in January 2019. He is currently a SEBA Surge team member focusing on DT workflow test cases automation and the VOLTHA Stabilization Brigade. Hardik has contributed to the SEBA project in several areas: bug fixes, RCORD subscriber management, and NEM (XOS) support for technology profile, to name a few. He was part of the team that set up the SEBA 2.0 POD in Infosys lab in Bengaluru and showcased the same in the ONCon Asia 2019 event.

Hardik is part of a larger Infosys team that is actively involved in developing various ONF platforms. Infosys is contributing to SEBA development and VOLTHA brigades like Stabilization, ONOS FCAPS, POD Management and VOLTHA FCAPS, and Test and Automation. They have added Infosys pod to ONF jenkins, which helps for nightly regression runs.

Overall, Hardik has over 7 years of experience in telecommunications and networking domains. Throughout his career, he has worked on projects that include architecture development and management of various telecom components like MME, BNG, and SEBA platform. He holds a B.S. degree in electronics and communication engineering from Panjab University.

“It has been a great experience working with ONF and the community. It has provided me with the opportunity to interact and work with the great minds of the industry,” says Hardik.  “Also, it has helped me to explore the real world of SDN and use my knowledge to contribute to the same. I will continue to contribute with the best of my efforts and knowledge to the community as part of Infosys and ONF collaboration. I am confident that this engagement will help me, my company, the community, and the industry to grow and achieve the common goals,” he adds.

In January this year, Hardik moved from his home town Chandigarh to join the Deutsche Telekom and ONF European Cluster offices in Berlin. This is his first time to live or travel outside of India and he is very excited about it. He finds Berlin to be cosmopolitan and lively, where people like to hang out and party. Google Translator comes to his rescue with any language issues, although most people speak English as well. What surprised him, though, was that everything is closed on Sundays. Weather in Berlin can be unpredictable, one moment it may be raining/drizzling and then suddenly it turns to bright sunshine and cold breeze. This change happens very frequently and mostly during his home-office commutes. He has not experienced Berlin snow yet, and probably will have to wait for the next winter for that.

In his free time, Hardik spends time with his family and friends or watching Netflix and chilling. He enjoys reading technical articles and learning new technology stuff (e.g., Machine Learning). He also likes to go out for a run, do some meditation to refresh his mind, and explore new cuisines. As a matter of fact, upon his move to Berlin he promised himself not to eat Indian cuisine for a month and he succeeded. Another thing that Hardik has promised is to get himself a bike and start commuting 8km to the office several times a week. Way to go!

The initial thrust of software-defined networking was to allow software to affect what the network does, primarily in order to increase the rate of innovation. It was not really about how to operat