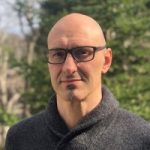 Mario is a Fellow at AMD with the CTO Office of the Adaptive and Embedded Computing Group (formerly Xilinx Labs) and an Associate Professor (currently on leave) at the Computer and Systems Engineering Department of Politecnico di Torino (Technical University of Turin).

Throughout his career, Mario has been involved in a wide spectrum of computer network projects ranging from protocol and router architectures for quality of service support, to optical switch architectures, to ensuring software security through network communication, to the application of big data and machine learning to network data.

While Mario worked with programmable packet processing in his past, it wasn’t until approximately 6 years ago that he became involved in P4 and quickly developed a true passion for it. He first worked on novel applications on P4 programmable switches and a development environment for incremental programming on Tofino-based Cisco switches. More recently, at Pensando Systems, he focused on leveraging P4 at the network edge: in NICs (Network Interface Cards) and Smart Switches. As a consequence, he became actively involved with the P4 Architecture Working Group in the definition of the Portable NIC Architecture (PNA), which he sees as extremely important to enable P4 developers to appropriately control and leverage the specific aspects of P4 programmable packet processing devices for the network edge. One such specificity is the fact that NICs have interfaces towards their host system (commonly a PCIe interface), through which exchanged data is not necessarily formatted as packets. The Architecture Working Group has made significant progress in defining the part of the PNA that faces the network and processes packets, which, although somewhat similar to the Programmable Switch Architecture (PSA), had to factor in many new aspects.

“As a Co-chair of the P4 Architecture Working Group, I am looking forward to working side-by-side with Andy to contribute to, as well as facilitate the very important and somewhat more disruptive work on the definition of the part of the PNA that faces the host of the NIC,” said Baldi.

Consider joining the P4 Architecture mailing list to receive the latest news and updates from this Working Group.

SD-Core is a disaggregated mobile core that supports 4G and 5G network functions and includes APIs for configuration, telemetry, and policy management. Access networks can connect to Access & M

Intel has steadfastly supported academic research throughout the years, and we are always looking for new ways to spur creativity and enable innovative projects. When conducting groundbreaking rese