In this community member profile, we would like to introduce Esin Karaman, Software Architect at Netsia (whose parent company is Argela). Esin lives in Istanbul, Turkey. She is an active contributor in the Open Networking Foundation’s ONOS, CORD, and SEBA/VOLTHA communities. 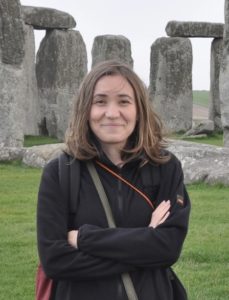 As a member of the SEBA/VOLTHA P4 Brigade in 2017, Esin implemented an ONOS driver to program the packet replication engine of BMv2 switch. Later, within the larger team, she designed and implemented multicast service in the SEBA platform. During this time, she worked on several components of SEBA, especially on ONOS (igmpproxy, cordmcast, oltpipeline, segmentrouting), VOLTHA Core, and Open OLT Adapter.

For the past year, Esin has been a member of the SEBA/VOLTHA Multicast & Multi-tcont Brigade. She is currently working on bringing multicast group removal support to VOLTHA. She is closely and collaboratively working with a team at Netsia whose objective is to bring multi-tcont and multicast service support to the SEBA platform - they are contributing to several layers of SEBA, from ONOS and VOLTHA to Open OLT Agent. As part of the SEBA+ product of Netsia, she is busy improving the consistency and quality of the multicast service of SEBA+.

Having graduated from the computer engineering department of YTU, Esin started to work for Argela as a Software Engineer in 2008. Throughout this time, she has been involved in several telecom software projects as a Software Engineer and an Architect. She is experienced in the entire software development lifecycle. Esin is skilled at designing, developing, optimizing, and reworking systems. She is proficient in Java programming language. She is also a motivated researcher in the field of computer networks. In 2016, she was involved in an R&D project whose objective was catering network management and security through SDN. She first saw and utilized ONOS during her work on this project. Having spent some time working on control plane programming through OpenFlow protocol, she started working on the topic of data plane programmability through P4. This is how she became involved with ONF.

“Working with ONF gives me the opportunity to interact with many colleagues from different corners of the world. I believe that this helps to improve my communication skills and widen my  vision,” says Esin about collaborating with ONF.