In this community member profile, we would like to introduce Andrea Campanella, a Cloud Software Development Engineer at Intel who is based in Milan, Italy. He has been an active contributor in the Open Networking Foundation’s VOLTHA community since November 2019. 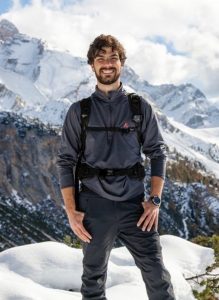 Andrea joined the VOLTHA and worked alongside Saurav Das and has been a key contributor to the project. He led the European Cluster that was formed in Germany, in collaboration with Deutsche Telekom.

For the past two years, Andrea has led the VOLTHA project. During his leadership the project entered the production deployments phase in several operators, including Deutsche Telekom and Turk Telekom. Also during this period, Andrea led the scale enhancements for the project, vastly increasing subscribers per OLT up to 4096 with one VOLTHA stack. In addition, Andrea guided the effort to completely rewrite the onu adapter in Golang from Python, significantly improving stability and performance, while reducing memory and CPU footprint at the same time. Andrea personally implemented several features, bug fixes and tests in the project, ranging from ONOS applications to improvements in the adapters and the VOLTHA core. He set up the Berlin pod where certification of four different OLTs with several ONUs is ongoing. Finally, Andrea leads the VOLTHA TST as TST chair, bringing together the VOLTHA community in a unified effort to expand the existing VOLTHA deployments and make new ones. Andrea also serves as an ONF Ambassador having joined the program at its inception in 2015, and currently serves on the Ambassador leadership team (A-Team).

Andrea started his career with an internship at the Open Networking Foundation in October 2015 and moved into a full-time position as a member of technical staff (MTS) in February 2017, working on several different projects, such as Trellis, the first P4 demo, Optical Disaggregated Transport (ODTN), and currently sits on the ONOS TST. Andrea recently joined Intel along with the ONF technical team, in April 2022.

As part of the VOLTHA team at ONF, Andrea worked closely with Matteo Scandolo, Girish Gowdra and Hardik Windlass. Andrea has deeply enjoyed working with this team and none of the results of the project would be possible without their combined efforts. Working with this amazing group of people helped him to vastly increased his personal knowledge, capacity and skills. Andrea also holds a personal friendship with each member of the team.

“I enjoy working with the entire VOLTHA community who are a motivated, knowledgeable and highly skilled group that has achieved great results by working together towards the common goal of making VOLTHA deployable, production ready and scalable. It is a close community that values personal relationships first which contributes to the great results we’ve achieved together.”

Andrea’s passion for the telecom field stemmed out of his interest in evolving an industry through programming and new ideas, enabling everybody to experiment, develop and test enhanced ways of delivering connectivity, services and value to the connected world we live in.

In his free time Andrea enjoys photography, hiking, sailing, biking, playing basketball and rock climbing. As you can see most of his outdoors activity is with friends, which helps get him active after spending a day sitting in an office chair.

ONF is pleased to announce the release of VOLTHA™ v2.10 along with an updated ONOS® release (v2.5.6). This is the second interim release between the v2.8 and future v2.11 Long Term Support (LTS)