In this community member profile, we would like to introduce David Bainbridge, Senior Director, Software Engineering at Ciena, based in San Jose, California, USA. He is an active contributor in the Open Networking Foundation SEBA/VOLTHA community. 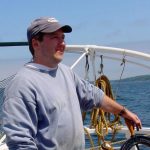 David is part of a five-member Ciena team of software development engineers working on VOLTHA development and testing. This team contributes to the core of VOLTHA and its current largest undertaking is converting from KAFKA to GRPC for 1:1 comms. Ciena was a founding member of CORD and has been a member of the SEBA/VOLTHA community from the very beginning. David has been a TST member for several of the ONF projects including ONOS and VOLTHA.

David has a colorful career. He started his professional life as a UI developer on X11/Motif. He then moved to work in Massachusetts (near MIT) as X11 was starting to grow and worked at a small startup that created an interactive Motif UI builder. From there he started to move towards backend software and worked for an electronic board testing company where he developed software to optically and electrically test circuit boards on the assembly line. David subsequently spent 14 years at Cisco - initially working on network management software for about 10 years, and eventually moved to Cisco IT to better understand how IT operations manage large enterprise networks. Next was a short  stay at Huawei working on network management, but also experimented with some AR in the data center for repair work. This was followed by working on open source network management at a startup - largely a software architecture role, but including development as does everything at a startup.

For the last seven years, David has been with Ciena. His career there started with leading a team that worked on OpenDaylight (ODL) and related projects. When Ciena acquired Cyan Networks David shifted his focus from an ODL and started his direct engagement with ONF.

At heart David is a software tinkerer. He doesn't particularly focus on any given domain, but attempts to work on interesting things. He has a significant amount of experience on distributed, scalable systems that he has used over time and he likes to claim that experience as a core feature for the work he takes on.

During his tenure at Ciena working with ONF, David’s achievements include, among others:

About working with ONF, David had the following to say: “I have enjoyed and been frustrated (at times) while working with ONF and its communities. The frustration is normal and good as, like most people, I want things to be better, faster, etc. So I really look at the frustration as a good thing. I have been impressed with the people I have met and worked with at ONF as I have been able to both learn from and perhaps sometimes teach. I think a key attribute for working in this type of environment is not to fear the unknown or to fear cannibalizing your own code to go a new direction. As part of that is the realization that your value is not your code, i.e., don’t take it personally when you get a -1/-2 on a review or someone rips your code in review. It’s code, it's not you.”

Regarding open-source, David’s golden words are: “You get out of it what you put into it.” We can’t agree more.

David is married with three grown children and a dog. His wife and he met in third grade, dated in high school, married after college, and have been married for 30 years. His kids did not follow him into hard sciences and have chosen the careers of an animator, counselor, and writer.

In terms of hobbies there are many things David would like to do, but hasn’t done for a while, for example, sailing. Before COVID he spent about two weeks every year in Port-au-Prince, Haiti. Years ago he got involved with an orphanage there through some mission work and even though the team that originally traveled no longer goes there, David continues to go. His main focus is attempting to get a life skills mentor program started so that the children have enough skills to care for themselves when they age out of the orphanage. He first went about 2 months after the earthquake in 2010. He hasn't been able to go the past two years because of political unrest and COVID. You can follow David’s mission work in Haiti on his blog. David is also attempting to learn (he says “poorly”) to play the Ukulele.

Lastly, David, and ONF, would like to thank his employer Ciena for giving his team the opportunity to work on open source projects. Not all companies are doing this and David is truly appreciative to be able to participate in the ONF work.

Introduction The Flightplan project envisages the next generation of dataplane programming tools. It introduces the Dataplane Disaggregation problem—splitting up dataplane programs into progr

Announcing the Release of SD-RAN v1.1

ONF is pleased to announce the release of SD-RAN v1.1, a cloud-native open source implementation of software-defined RAN consistent with the O-RAN architecture.

Announcing the Release of SD-RAN v1.1