In this community member profile, we would like to introduce Eder Ollora Zaballa, a PhD student and researcher at the Technical University of Denmark (DTU) at the department DTU Fotonik. Eder lives in Herlev, near Copenhagen, Denmark, and he is an active contributor in the Open Networking Foundation ONOS community. 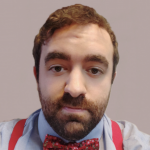 Eder was first exposed to and started using the ONOS controller in 2016 while taking the "Software Defined Networking" course led by ONF Ambassador José Soler at DTU. His Master's thesis included implementing a standard protocol for traffic optimization in the ONOS controller. Since then, he has been developing new applications for the SDN controller and actively assisting new students and professionals in the ONOS support forums. Currently, Eder works with topics related to control and data plane programming, such as SDN-based railway communication systems, Intent Networking, In-band Network Telemetry (INT), Visual Network Programming, and Network Automation, among others.

In 2017, Eder developed the Application Layer Traffic Optimization (ALTO) service for the ONOS controller, which he later made public. He also made public helper scripts for ONOS, like step-by-step building and deployment, and automatic container-based cluster deployment. He has contributed to various data plane programming projects (e.g., P4) that have been made public after the research output was published.

At the end of his bachelor's studies, Eder worked for a company named Baitic that managed networking back-end belonging to a major electric utility company in Spain. In recent years, he has contributed to several European projects, like Bandwidth-on-Demand (BoD) and SDX-L2. He contributed to designing and implementing a network policy framework for the ONOS controller and CORD platform as part of the Next Generation Platform-as-a-Service (NGPaaS) project. He has also worked on integrating SDN technologies for the railway as part of the X2Rail-3 and X2Rail-5 European projects.

Eder is always open to collaborating with new people and research groups. In order to expand the research community, he collaborates with David Franco and the I2T Research Group led by Prof. Eduardo Jacob, who work at the University of the Basque Country (EHU). He also collaborates with Dr. Elisa Rojas, an ONF Ambassador working at the Networks and Intelligent Systems group at the University of Alcalá (UAH). Eder likes to discuss new development issues and SDN-related topics with Carolina Fernandez from Fundació i2CAT, who worked on the BoD project and became SDX-L2 project core developer.

“I appreciate the constant help that developers and professionals give in the ONF support forums like ONF mailing lists and Slack”, says Eder. “I am grateful for any time I asked help from ONF developers like Andrea, Sean, or Carmelo who were kind and responded with useful comments.”  He continues: “I wish to see a higher impact of open source networking from the ONF and assist in conferences and events to help new students and professionals. This is important since current and future telecom and networking companies will need proficient engineers who are aware of how to program both control and data plane applications.”

Eder loves learning new things on his own, so he constantly searches for courses and tutorials to learn about highly diverse topics - from cooking to astronomy. He loves collecting music memorabilia, gaming consoles, and gaming collectibles. He also likes watching and playing football (the real one - soccer). Eder particularly enjoys walking and playing with his landlord's dog, Katinka.

Eder is super creative and is not shy in discovering and using system design flaws to his advantage. As an example, on one such occasion in 2016 and 2017, with the help of another student, he tried to find affordable ways to commute to the university. He managed to commute for free for a whole year using a per-minute electric car rental company, saving him over $4,500 in transportation costs. The rental strategy combined with the reward system vulnerabilities in some corner cases allowed him to continually earn free commutes. The car rental company later fixed these vulnerabilities.

Recently ONF announced the release of SD-RAN™ v1.2, a cloud-native open source implementation of software-defined RAN consistent with the O-RAN architecture. This release is also the first releas