In this community member profile, we would like to introduce Han Wang, a Staff Engineer at Intel Corporation’s Switch and Fabric Group, based in San Jose, California, USA. He is an active contributor in the Open Networking Foundation’s P4 community. 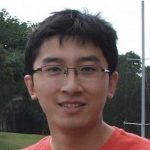 Han has been involved in the P4 community since 2015. He is currently part of the Intel compiler team that contributes to the P4 compiler project. He was also participating in the P4 architecture committee that specified the portable switch architecture (PSA) in 2018.

Currently, Han mainly works on the compiler backend for the Intel Tofino-family switch ASICs. In the past, he contributed to the P4 frontend, BMV2 backend, and he is the creator of the P4 to DPDK backend.

Han received a bachelor in computer system engineering from the University of Auckland, New Zealand and a PhD in electrical engineering from Cornell University, NY, USA. He has always been interested in software/hardware co-design, compiler, system engineering and computer networks. His PhD thesis was about designing a compiler framework for P4 language targeting field programmable gate arrays (FPGAs). His interest in the telecom industry started in the early days of SDN. He interned at Nicira who pioneered the concept of SDN and was later acquired by VMWare. At Nicira, Han worked on the software-based virtual switch and network controller. He first heard about Barefoot Networks in 2014. He presented his P4 research at one of the early P4 workshops. When he was about to graduate with his PhD from Cornell University, he was invited to interview with Barefoot Networks and offered a job there that has now, via the acquisition, brought him to Intel.

When speaking about how it is to work with ONF, Han says: “ONF has done a fantastic job promoting collaboration and openness in networking. It’s an awesome community to meet great minds.”

Han has a two-year-old daughter and another baby expected later this year. When he is free, he enjoys spending time with his family. He enjoys books, music, hiking, recreational cycling, and a good cup of arabica coffee.

For an interesting fact, Han has spent time in China and New Zealand before he came to the USA. He enjoys being a citizen of the globe and feels fortunate to have experienced multiple cultures in his upbringing. He is a fan of rugby and the All Blacks.

The Internet (ARPANET) was born when independent universities became empowered to build their own networks to interconnect with their peers. We all know the story – this network grew organica