In this community member profile, we would like to introduce Jon Hall, a Software Engineer and Open Source Contributor at Ciena, based in Sacramento, California, USA. He is an active contributor in the Open Networking Foundation’s ONOS community. 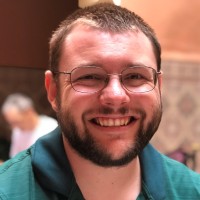 Jon has been working as part of the ONOS community for over 8 years. He has worked on all sorts of system level integration tests for ONOS and other projects, from feature and use case testing to HA and scale testing. In addition to writing tests, Jon has also helped set up the testing infrastructure to automate these tests. He is currently working on SD-Fabric system tests, adding 4G/5G components into the regular integration tests.

Jon completed an internship as part of his Masters program at ONLab (predecessor to ONF) working on ONOS system testing in 2014. Since graduating he has worked at Ciena as an Open Source Contributor on several ONF projects, including Mininet, ONOS, Atomix, CORD, SD-Fabric, and Aether.

He received a BS and MS in Computer Science from the University of the Pacific in Stockton, CA, USA.

“It has been a very rewarding experience to work with ONF and its open source communities,” says Jon. “I find it exciting to work on the forefront of innovation in networking and towards improving the lives of everyone here on this planet. There are experts in every project who are always willing to share their knowledge and help drive these projects forward.”

Jon enjoys playing D&D and board games with his wife and friends. He likes to stay active by going for long hikes and also enjoys hanging out with his cat, Fitz. During normal times, he enjoys traveling to other countries with his wife and trying different cuisines.

ONF is excited to be exhibiting at Mobile World Congress this year along with our member sponsors Deutsche Telekom, Intel, Netsia and Radisys. Please stop by the ONF pavilion (Hall 1 Stand 1F66) an

It was great to be attending in-person at MWC Barcelona this year in collaboration with our community members: Deutsche Telekom, Intel, Netsia, Radisys and Türk Telekom. We experienced strong inte