In this community member profile, we would like to introduce Steffen Smolka, a Senior Software Engineer at Google who is based in Palo Alto, California. He is an active contributor in the Open Networking Foundation’s P4 community. 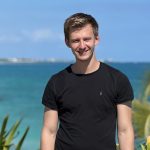 Steffen holds a PhD & MS in Computer Science from Cornell University and BS in Computer Science from Technical University of Munich. Steffen started his career in academia doing research on programming languages and automated verification. As a PhD student, he got interested in domain specific languages for networking, and went on to design languages, compilers, and automated verification tools for the networking domain. During internships at Barefoot Networks and Google, Steffen worked on the design of P416 and a static analyser that today powers Google's Network Intelligence Center, respectively.

“Networking as an application domain turns out to be the ideal "nail" for many of the "hammers" developed by the programming language and formal methods communities. This is what motivated me to transition to industry to apply these technologies in a real-world setting at scale,” stated Steffen.

Steffen is a long-term contributor and supporter of P4. He is the author of p4-constraints, and he has upstreamed support for the Bazel build system to core libraries in the P4 ecosystem. He is also a key contributor to the design and implementation of various P4-based testing tools used at Google that are in the process of being open-sourced (p4-symbolic, p4-fuzzer, etc.). Currently, Steffen participates in evolving the P4Runtime standard both as an individual contributor and a co-chair of the P4 API Working Group, and he is a regular attendant of the P4 Language Design Working Group.

“The P4 community is remarkably open, rigorous, and professional. I'm very impressed by the technical quality of the people volunteering to contribute. Despite the high level of rigor, the community feels warm and welcoming,” said Steffen.  Today, Steffen leads a team at Google focused on building tools for automated switch validation, and more generally on driving the transition to more programmable & flexible networks. The team leverages P4 to make switches more reliable and more programmable. Over the last 2+ years, their focus has been on the P4 Integrated Network Stack (PINS), a new open-source switch stack based on SONIC that exposes a P4Runtime API to SDN controllers. Steffen's team builds tools that autogenerate tests based on a P4 model, ensuring that a given PINS-based switch behaves as expected and is safe to deploy. They have found 100+ bugs during switch development using this approach, as described in their forthcoming SIGCOMM 2022 paper. 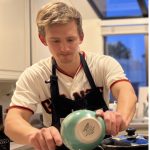 In his time away from work, Steffen enjoys sports and the outdoors. He has run dozens of half-marathons and enjoys soccer, pickleball, frisbee, or biking with friends (and as of very recently, practicing backflips with friends).

Besides sports, Steffen loves to travel and connect with people from other cultures, learning about their foods, languages, problems and joys.

The P4 programming language is the interface of choice for programmable data plane devices. P4 programs have to meet network throughput requirements, but they are also subject to resource constrain

In collaboration with Open Networking Foundation, Gigabyte Technology and MSI