Bill Snow About the author

In this spotlight, we would like to introduce two contributors from the ONF ODTN community - Ramon Casellas and Alessio Giorgetti. Ramon is a senior researcher at CTTC in Barcelona, Spain. Alessio is an assistant professor at Scuola Superiore Sant’Anna in Pisa, Italy and an affiliate researcher of the CNIT consortium in Pisa, Italy.

Both have been collaborating as members of the European Commission Metro-Haul project. Thanks to their involvement with the Metro-Haul project, they have made several contributions to the ODTN project while participating in its use case and software development groups including: 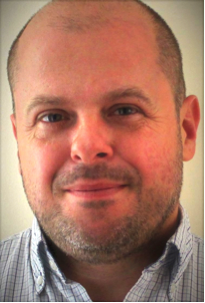 Ramon has also focused on:

Ramon has twins less than a year old (high availability) and in his shrinking free time he likes to do programming, swimming and biking. 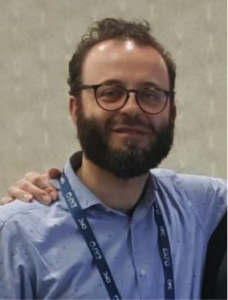 Alessio is using the ONOS controller for teaching applied SDN concepts to PhD and Master program students of Scuola Superiore Sant’Anna. He has two young daughters who keep him very busy when he isn’t contributing and likes to play table tennis.

Bill SnowCDO, ONF
Bringing more than 25 years of experience in the software and information technology industries, Bill Snow has led engineering teams and large, complex projects at both start-ups and large organizations. Prior to joining ONF, Snow served as VP of engineering and operations for enterprise security start-ups, including Cymtec Systems, Agari Data, the 41st Parameter and Identity Engines, where he was responsible for hardware and software development, QA, manufacturing operations, data center operations, customer support, IT and professional services.

We want to take a moment to highlight some of those contributions (and the people) that are making a substantial difference across our amazing communities.

ONF Connect ’19 Keynotes Sure to Impress

The inaugural ONF Connect event in 2018 was a resounding success, and now in September we are geared up for another compelling event that gives attendees a firsthand view into what operators are d

ONF Connect ’19 Keynotes Sure to Impress