In this community member profile, we would like to introduce Muhammad (Asim) Jamshed, Software Engineer at Amazon Web Services in Seattle, Washington, USA. He is an active contributor in the Open Networking Foundation’s OMEC community. 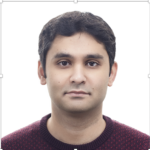 Asim started working with the OMEC community when ngic-rtc first got publicly released on GitHub in February 2019. Most recently he was contributing to the OMEC’s upf-epc project that was created by Intel Labs Telecom Research Group (IL/TSR). Asim was part of a larger IL/TSR group that contributed to the project.

Asim holds a PhD degree in Electrical Engineering from KAIST (Korea Advanced Institute of Science and Technology). His work mostly revolves around the design and implementation of large-scale distributed and networked systems. He got interested in systems research during his stay in South Korea where he studied Electrical Engineering and Computer Science at KAIST. Asim maintains a number of open source projects on Github including mTCP, mOS, and OMEC’s LTE/5G userplane for packet core, upf-epc. Right after completing his PhD from KAIST, he joined Telecom Systems Research group at Intel Labs where he first got introduced to the telecom systems research domain.

Asim is one of the creators of OMEC’s LTE/5G userplane for packet core called upf-epc. He also co-maintains ngic-rtc and il_trafficgen projects, both of which are on OMEC’s GitHub site. His contributions span from making code contributions (patches, etc.) to responding to user queries from people who use these projects.

“The ONF community is an extremely helpful and collaborative group of researchers and developers who have a common goal of proving neat and efficient open-source solutions to the public,” says Asim. “The experience has been enjoyable since there is a collective effort to deliver such solutions while keeping unity within the developer community. Everyone’s voice within the group is heard, and no one is ignored,” he adds.

In his spare time, Asim likes watching movies, ever since the COVID pandemic started, he has been stuck watching shows and films on Netflix. Another pastime he enjoys is smoking cigars; and sometimes he likes to go for long drives in his car. Asim also has a unique ability - he can bend his fingers all the way to the other side so that they touch the back side of his hand. Wow, these flexible fingers are surely helping in writing code faster!

ONF is very pleased to announce the 2020 recipients of the Community Contributor Awards for ONF’s mobile core and access projects (OMEC and COMAC). During Oguz Sunay’ live keynote presentation,