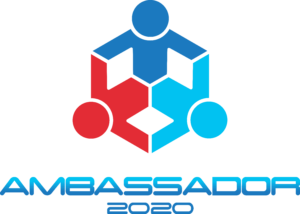 In this member profile, we would like to introduce Laszlo Papp, Senior Networking Software Engineer at HUBER+SUHNER Polatis and a contributor in the Open Networking Foundation’s ONOS community. Laszlo’s technical background in telecommunications networking software engineering spans over 12 years, working on all parts of the software stack. He studied in Hungary and holds an Electronics Engineering degree. You can find more details in his LinkedIn profile.

As an ONF ONOS community member, Laszlo is currently developing the next generation software for Polatis networking equipment. He works in a small team 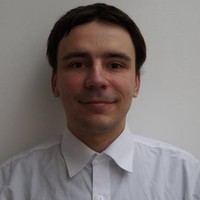 that develops the embedded software running on Polatis optical switches. He also focuses on the controller side that actually got him started with ONOS in the first place.

Laszlo’s career has taken him to various countries besides his home country Hungary - Finland, Ireland, and England. He is currently living in Cambridge, England, the area also known as Silicon Fen. Silicon Fen (sometimes known as the Cambridge Cluster) is the name given to the region around Cambridge, which is home to a large cluster of high-tech businesses focusing on software, electronics, and biotechnology. Many of these businesses have connections with the University of Cambridge, and the area is now one of the most important technology centres in Europe. It is called "Silicon Fen" by analogy with Silicon Valley in California, because it lies at the southern tip of the English Fenland.

Three years ago, a customer of Polatis asked if they support ONF’s ONOS platform. Since they did not, the company asked Laszlo to investigate and this is how this great relationship with ONF started. Since it turned out that ONOS aligns very well with Polatis customer use cases, it only made sense to implement the full stack on Polatis equipment. After a while, Laszlo also joined as an ONF Ambassador, which gave him opportunities to represent ONF at various events and to meet like-minded people. He enjoys evangelizing ONOS technology and bringing new prospects to the ONOS community. He feels that being an Ambassador adds a human dimension to the otherwise technical and business interactions.

“It has been great and exciting to be working with ONF,” exclaims Laszlo. “I wake up every morning to make a difference in the world and the ONF community seems to be the right place for this dream. The community has been extremely friendly and supportive to me.”

Laszlo speaks four languages - Hungarian, English, German, and Finnish. In his younger years as a teenager, he used to play bass guitar and underground music in Rock’n’Roll and hardcore bands in Hungary. His current hobbies include yoga, meditation, and music. And he is making this world a better place by volunteering for food waste reduction programs.

ONF is excited to announce the launch of “ONF Spotlight,” a new virtual forum series that will deliver the insights you need to stay on top of the fast growing open source movement for building