In this community member profile, we would like to introduce Thiyagarajan Subramani, a Lead Engineer at Radisys, based in Bangalore, Karnataka, India. He is an active contributor in the Open Networking Foundation’s VOLTHA community. 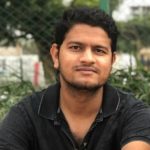 Thiyagarajan has been a contributor in the VOLTHA community since January 2019. He is currently working on maintenance of the OpenOLT Agent for Radisys’ Whitebox OLTs.

Thiyagarajan received a Bachelor of Engineering in Electronics and Communication degree from Thanthai Periyar Government Institute of Technology, Anna University. After graduation he joined Happiest Minds Technologies where he worked on an SD-WAN solution. He later joined Radisys to work on their broadband solutions. He has hands-on experience coding in Java, Python, C++ and Golang.

“I feel delighted to be part of the ONF community and appreciate the VOLTHA community who quickly communicate suggestions and help for any issues we face during development and testing.”

In his free time, Thiyagarajan enjoys cycling and spending time with his family.

The A-team is the ONF Ambassador Program’s 5-member body that oversees and guides the program. Ambassadors empower anyone knowledgeable and passionate about ONF projects and initiatives to promot