The  ONF's Wireless Transport project, part of the Open Transport Configuration & Control (OTCC) working group, has recently announced successful completion of the 5th SDN Proof of Concept. This event was hosted by Telefonica Germany in Munich in November 2018. Target of this PoC was to demonstrate the progress in development and to verify the functionalities and completeness of a row of technology specific information models, which are required for meeting the long-term target of a vendor-agnostic multi-layer and multi-domain transport SDN architecture. 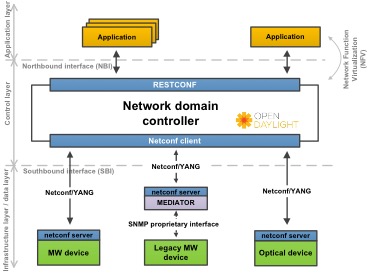 More specifically, the open-source OpenDaylight (version Oxygen) adopted in ONAP project as SDN-R controller, was used as network domain controller (e.g. mobile backhaul network). The microwave as well as optical devices used a standardized NETCONF/YANG interface to communicate either directly or via a mediator with the controller. The so called “mediator” is a piece of software that translates the standard interface into the device-specific proprietary protocol (e.g. SNMP) and vice-versa. The applications running on top of the controller were connected via a RESTCONF interface, which implemented the exact same information models as at the southbound. This was allowing to manage the different vendors’ devices with the same applications. All the presented applications and mediators have been successfully executed and demonstrated.

For what is concerning the specific ONF activities, the PoC focused on the following four main subjects/domains.

First, demonstration and validation of the latest version of the Microwave Model (according to TR-532 Rel. 1.1). The current model supports the required attributes and functions. The maturity of the model was proved by the adoption in wide range of advanced applications enabling among others configuration of devices, preventive maintenance, performance monitoring and analysis, planning and maintenance of microwave links.

Second, demonstration of the implementation of Photonic model for vendor-agnostic management of optical transponders in partially disaggregated networks. The implementation is based on ONF Core information model (v 1.2) and TAPI technology specific extension (v 2.1). The supporting application enables configuration of the main parameters of optical transponders via graphical user interface.

Third, demonstration of the implementation of the basic model for Ethernet PHY (according to TR-541). The aforementioned microwave model was extended for supporting Ethernet over wire functionality. 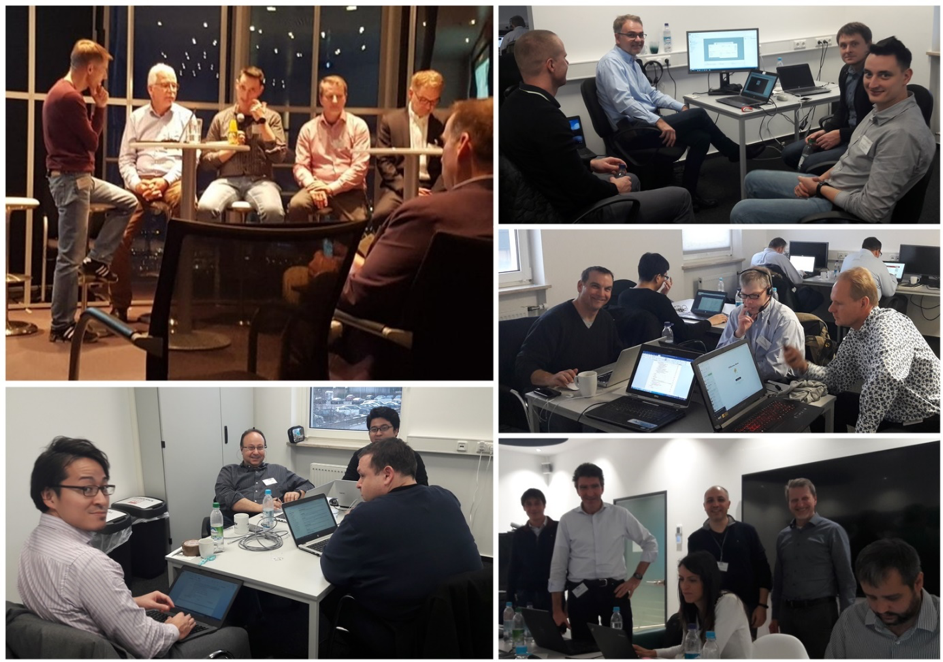 Fourth, demonstration of the first implementations of the Device Management Interface Profile (DMIP) (according to TR‑545). Even well-defined models are not sufficient for proper management of a multi-vendor network. Thus, the Device Management Interface Profile unifies the behavior on the southbound interface of the network domain controller to ensure unambiguous states and responses of different vendors’ devices. As the initial step, the unified behaviour was successfully demonstrated on a set of NETCONF capabilities such as Candidate Configuration and Confirm Commit (both IETF RFC 6241). In addition, the first two phases of Automated (Zero touch) commissioning were successfully demonstrated by implementing a unified communication with the DHCP server and the Netconf Call home function.

All software developments were supported by default value mediators and interface validators. A default value mediator (also known as a simulator) behaves like a virtual network device responding towards the SDN controller with values from a small data base. This allows and helps software application providers to develop, test and demonstrate their applications without presence of physical network device(s). The interface validator allows microwave/optical vendors to validate their interface/mediator implementation against the reference model specified in the respective TR document. Passing through such validation process the network devices can be easily integrated into the multi-vendor network(s).

The Proof Of Concept as a so-called implementation driven standardization is an important way towards industry broad adoption of open SDN model for microwave and further transport technologies. As the main output of 5th PoC the verified and validated microwave SDN model based on TR-532 Rel. 1.1 (incl. interface validator and reference implementation) is now available on the market and ready for deployment.

Anyone who has used or experienced the ONOS GUI cannot help but be impressed by it’s modern and sleek design coupled with high levels of functionality and intuitive usability. The fact that it wa