Bill Snow About the author 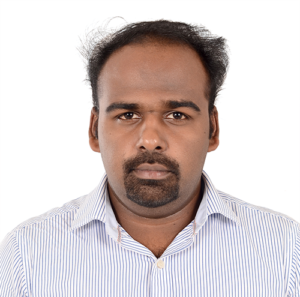 Please meet Jayakumar Thazhath who works for Infosys based out of Trivandrum, India. He has worked in the ONOS community since 2017. He has been a developer for more than 11 years and has also worked for Accel Front Line and Rad Data Communications as an embedded telecom developer and Linux kernel developer. The last three years he has been developing key ONOS and Trellis features for a major service provider, including:

“Jayakumar's team contributions to Trellis have led to IPv6 functional completeness with the implementation of the Unsolicited Router Advertisement feature. In addition, their loop prevention techniques have greatly improved Trellis VLAN Cross-connects. Their contributions are much appreciated by ONF and its community.” - Saurav Das, VP of Engineering at ONF

"Infosys is very committed to advancing open source solutions and we really appreciate the level of contribution and leadership that Jayakumar has shown" - Vignesh Ramamurthy, Principal Architect at Infosys

In talking with Jayakumar, it is clear he is a strong ONOS enthusiast and has many ideas for how ONOS and Trellis can be improved.

When he isn’t developing code he spends time in reading, outing with family and playing with his two young children who are both under 6 years of age. And, no big surprise, he is a cricket fan!

We thank Jayakumar for his contributions and look forward to seeing more good work from him in the future.

Bill SnowCDO, ONF
Bringing more than 25 years of experience in the software and information technology industries, Bill Snow has led engineering teams and large, complex projects at both start-ups and large organizations. Prior to joining ONF, Snow served as VP of engineering and operations for enterprise security start-ups, including Cymtec Systems, Agari Data, the 41st Parameter and Identity Engines, where he was responsible for hardware and software development, QA, manufacturing operations, data center operations, customer support, IT and professional services.

The ONF and P4.Org Complete Combination to Accelerate Innovation in Operator-Led Open Source

The ONF and P4.Org Complete Combination to Accelerate Innovation in Operator-Led Open Source