Why I Network Saurav Das 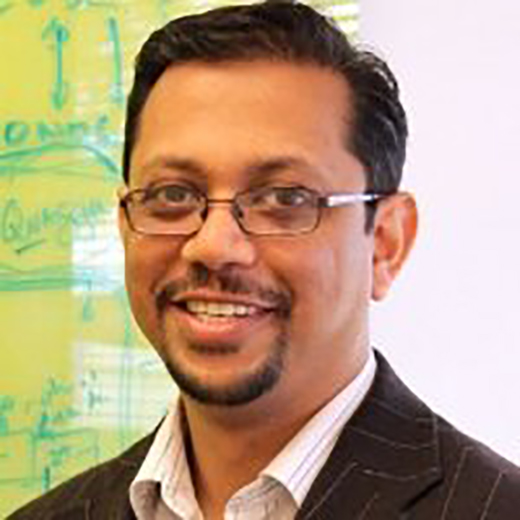 Saurav Das About the author

ONF Principal System Architect, Saurav Das, shares how a Professor got him into networking.

Why am I in networking? There is a simple way to answer that - Professor Nick McKeown. Let me explain. ln a previous life, I spent several years working in the optical communications industry, related to, but not quite the same as the networking industry. Actually far from it, but after the devastation wrought on to that industry by the Telecom crash of 2001 (by some estimates, an event 10X bigger than the dot-com crash), I was eventually looking to do something different. That’s when I ran into Professor Nick McKeown. Before I can explain the importance of meeting Nick, I need to give a different anecdote.

More than a decade ago, when I joined Stanford to pursue a PhD, like many other PhD candidates, I was unsure of what I wanted to do. I only had vague notions of how networking may be an appealing research path. While I was trying to figure things out, I happened to chat with a visiting professor from Canada, who told me quite flatly, “Networking is dead. There are no interesting problems left to solve in networking.” Years later I heard similar comments in a different context from a senior Telecom executive (but more about that later). It would suffice to say that as a first year PhD student about to start networking research, this is not what I wanted to hear. But the visiting professor had a point - so much of the networking industry had little to do with networking research in academia.

The chasm was so big, and networking was so completely dominated by the industry, they even had their own schools. Most networking academics couldn’t run those networks anyway based on what they learned in real schools. It was quite astonishing - no other industry had such a big gap between academia and real-world. Furthermore, by the early-2000s the heady competition of competing technologies of the ‘90s (ATM, IPX, AppleTalk) had largely settled down to a few technologies that won out - Ethernet, TCP/IP, MPLS. Now it was all about speeds and feeds. Everything else was a delta. A small one. Boring. Dead.

Nick, however, was different. He wanted to close the gap between academia and industry, and he did so by challenging the status-quo.  He did so with me by repeatedly asking “Why?” every time I gave him an answer that represented commonly held beliefs in networking. We can’t centrally control networks. Why? Because it will never scale. Why? Because everyone says so. Why? Just because it is, and they say so, doesn’t mean that it is true, or that it has to be that way. Challenge. Another nugget - “If everyone thinks what you are doing is a good idea, it’s probably not very interesting or worth pursuing”.

So, SDN came out of Nick’s research group at Stanford. To be fair, it was brewing for a while - see this excellent piece on the Road to SDN. But the work done in his group resulted in massive contributions and momentum that created a new industry phenomenon, and the rest, as they say, is history. And that senior Telecom executive I mentioned earlier - he told me, “SDN woke us up.” Before SDN, they had settled down comfortably and been lulled into slumber. Networking was done, there wasn’t much left to do.

It’s happening again. “You can’t make programmable ASICs. Not without sacrificing cost, power or speed.” Why? Because that’s the way it is - ASICs can do several Tb/s but the forwarding pipeline has fixed functionality. You can’t change it. FPGAs and NPUs are super flexible but lag in speed and are much more expensive. And then, P4 was born. Now programmable ASICs are here, with several chip vendors working on it, challenging the status quo.

A few years after I had graduated and worked at an SDN startup, I was wondering about my next step when Nick suggested that I work in open-source for a while. Open-source? Really? Networking is a curious industry. Has open-source ever been popular in networking? In the 50 year history of packet networking, how much open-source have we seen? Well there was Quagga, and um … not much else. Open-source had transformed so many other industries. Networking, not even a bit. Well, look at us now. It started with OvS, quite possibly the most popular open-source networking project, and now hardly a week passes without the announcement of a new open-source or open-API project.

I’m exaggerating, but it sure feels that way, in all aspects of networking - switch interfaces, switch operating systems, protocols and tools, controllers, orchestrators, apps, SDN and NFV solutions - SAI, OF-DPA, OpenNSL, P4, ONL, OpenSwitch, SONIC, FBOSS, ONOS, ODL, Ryu, OpenStack, Atrium, OPNFV, CORD, BESS, DPDK, fd.io , ONIE, Open-O, Open Mano - the list is endless. In fact, a friend has started to catalog them. How many of these were around 3 years ago?

It’s gotten to the point when some people are arguing that there is too much open-source in networking.  What a load of rubbish. No one complains that there is too much open-source in the computer software industry. Open source has a wonderful way of bubbling up the best work - if it’s good and useful it will thrive - while the rest fade away. If there are multiple good open-source projects in the same field, all the better for consumers, because it gives them choice. Choice often leads to competition. Competition often leads to innovation. Make no mistake, there is much work to be done in perhaps everything I have mentioned in this blog post.  But after a long time, networking is exciting again. Alive again. That is also Why I Network!